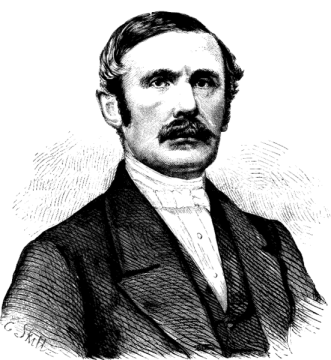 Gripenstedt was a big proponent of free trade.  He orchestrated trade agreements with France, Germany and Prussia, which led in turn to reduced customs for imported goods. He rounded out his list of good deeds in 1863 by convincing King Charles not to get involved in Denmark’s war with Prussia. While Denmark probably didn’t appreciate Sweden’s neutrality, staying out of the war did help the Swedish economy.

Coincidentally, refusing to ally with Denmark also put an end to the political Pan-Scandinavian movement, which was working to turn Denmark, Norway and Sweden into a single country. So we can thank Gripenstedt for being able to visit three different countries today, rather than just heading for “Norswemark”.  (Denwayden)?

Software developer in the Twin Cities area, passionate about software development and sailing.
View all posts by Sean →
This entry was posted in People and tagged Denwayden, Johan August Gripenstedt, People, Sweden. Bookmark the permalink.