With 20% of their country being below sea level, the Dutch have always had to fight to keep the North Sea out. In the 13th century, a large marshy area in the north part of the country flooded, becoming the Zuiderzee (Southern Sea), a 2,000 acre inlet of the North Sea.

In 1932, the Dutch fought back, building a 19 mile wide dam across the opening of the Zuiderzee. This separated the North Sea from the rest of the Zuiderzee, which became the IJselmeer and gradually reverted to fresh water. 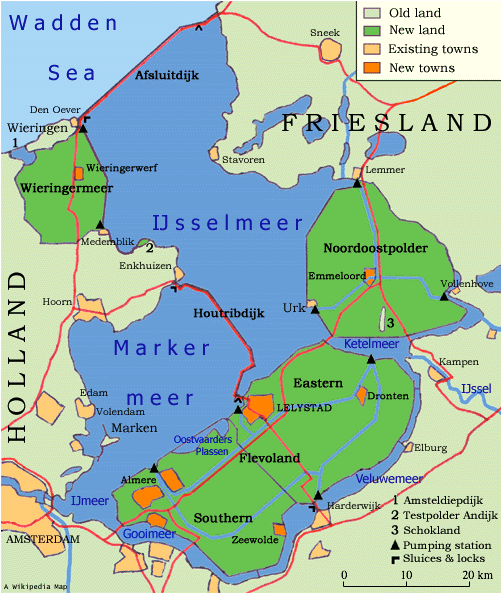 Not content with just keeping out the North Sea, the Dutch then starting creating polders–areas of land surrounded by dikes so that the water can be pumped out. Since 1932, they’ve used this technique to reclaim over 600 square miles of land from the IJselmeer, creating an entire new province called Flevoland.